RiseFX worked on 180 shots. They Primary worked on Jabari Land Sequences. This included the scenes set in the outskirts, the regal Throne Room which our Munich facility created, plus the establishing shots for each respective setting. VFX supervisor Jonathan Weber lead his team foe this extensive VFX.

Rise Team also worked on a scene where main protagonists are approaching the Healing Hut high up on a steep Wakandan mountain side. Each one of these required ample set extension work and complete digital environments to help embellish the Jabari Land experience.

Then there is the Laboratory sequence that features the unique Wakandan developed tech, where heroes gear and weapons are generated from nano-bot-esc sand particles that morph into the required devices.

Additionally, Rise team took over the intense sequence which features Shuri setting up the remotely piloted car cockpit by generating it from the same sand-particle technology a holographic car body which she can operate from. This semitransparent shell reflects the downtown Seoul street scenes where the actual chase is occurring, creating the illusion of movement shown in the car’s holographic texture. 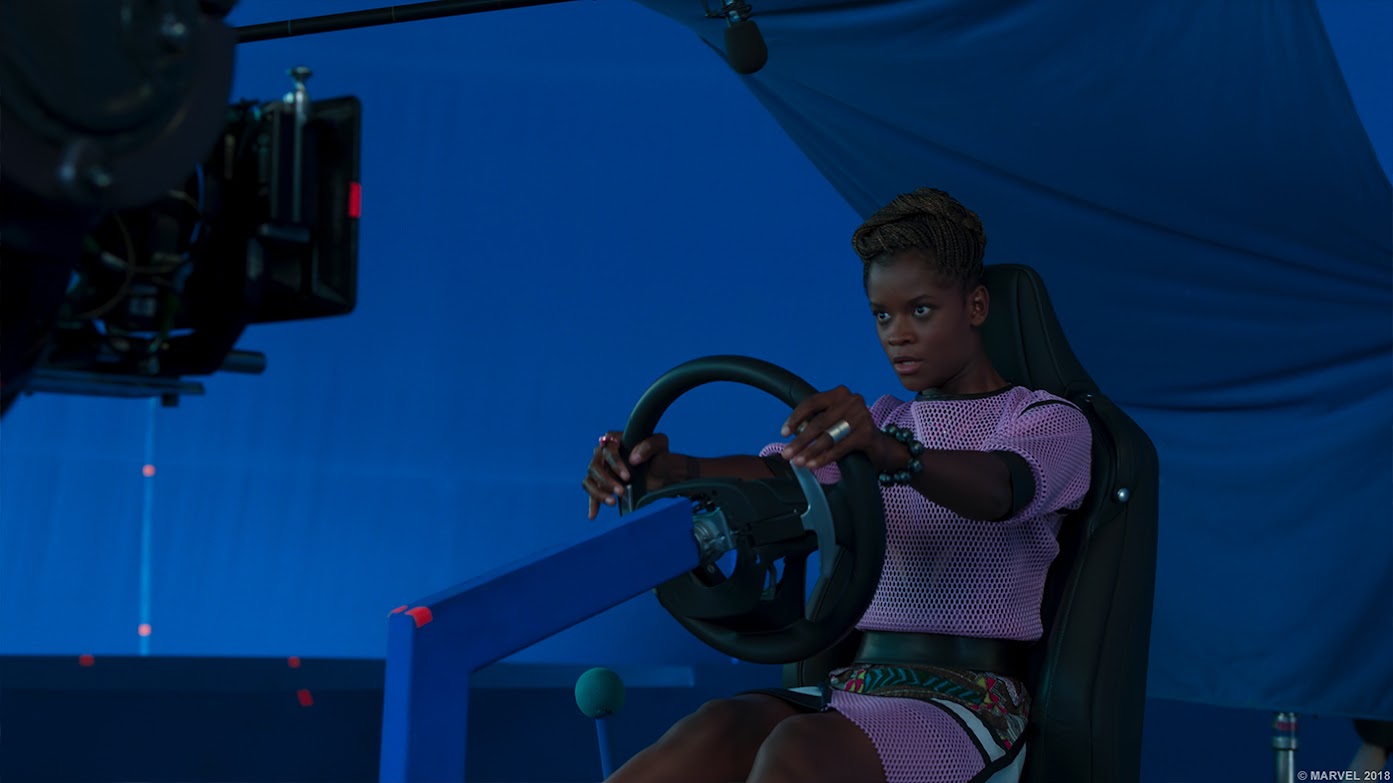 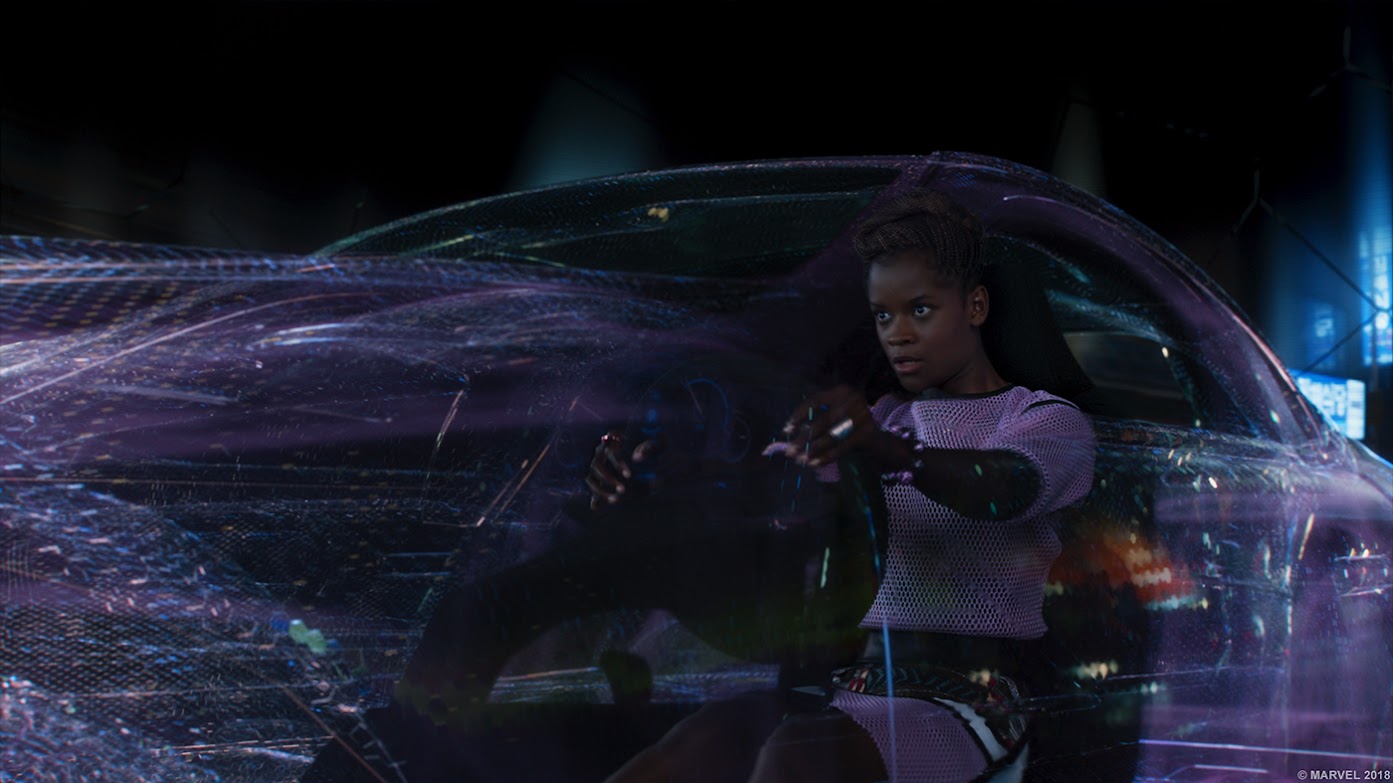 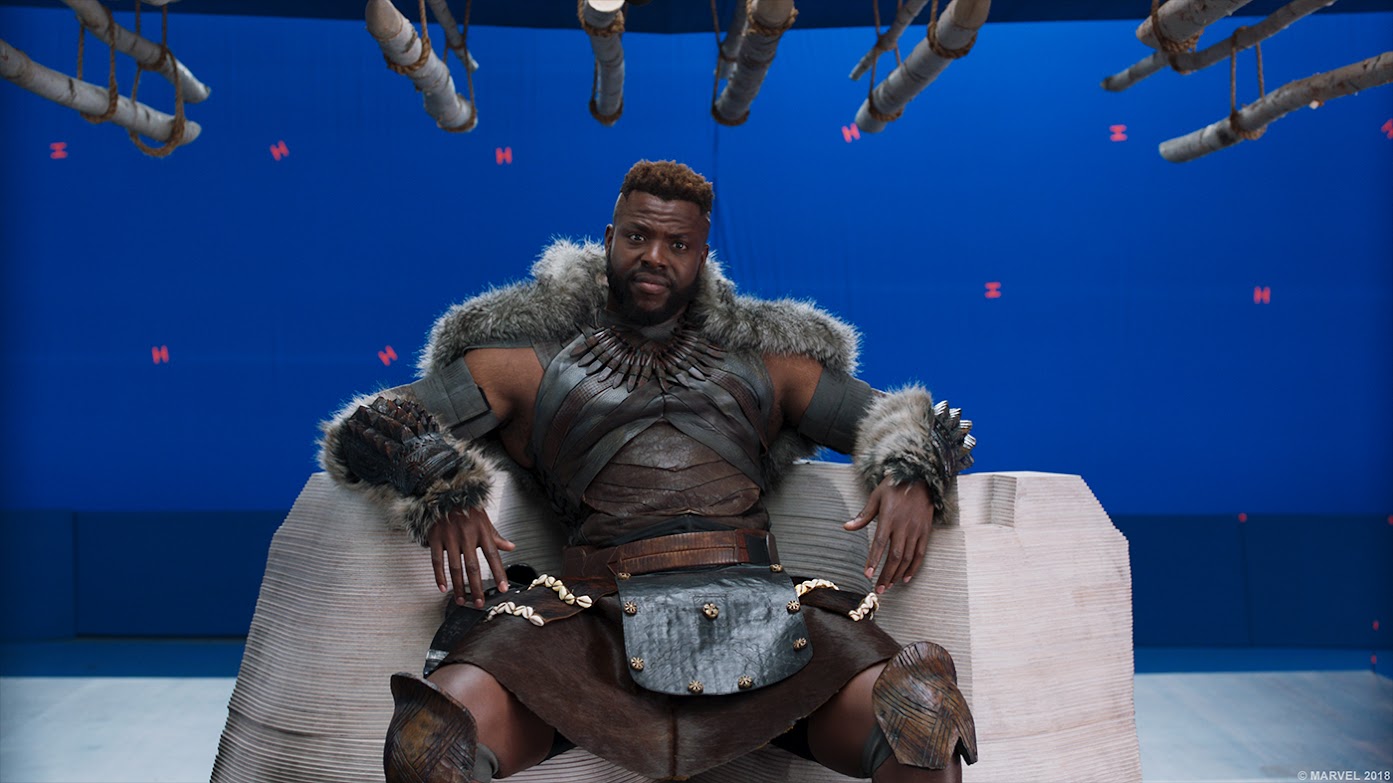 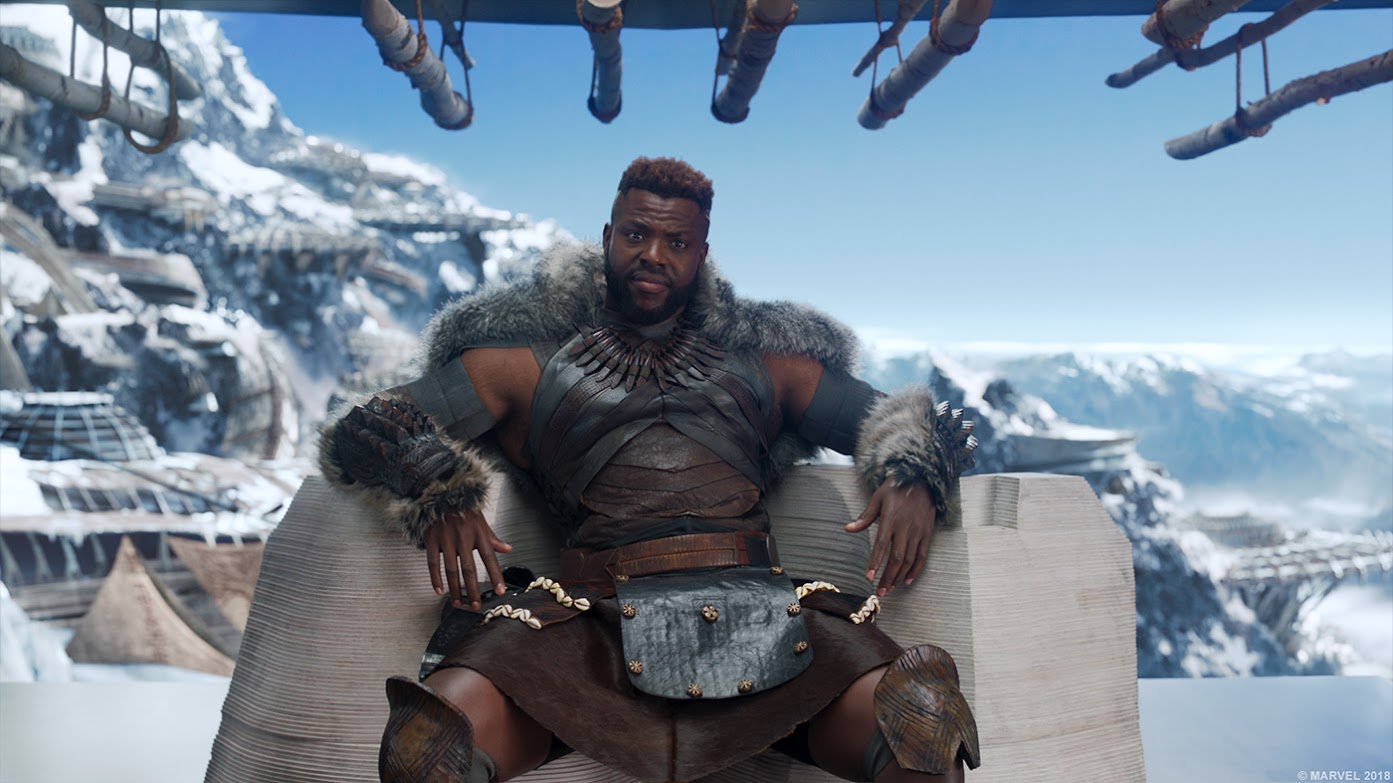 ILM worked on 403 shots including  Creation of Wakanda and the Golden City environment. ILM worked on complex vfx work bringing the Vibranium-powered capital of Wakanda to the screen.

Scanline VFX worked on 385 shots.  The big focus here was the waterfall environment for the two sequences that take place here. They also did the work at the British museum and abandoned airfield in Korea.

It is on of the shot in movie where Scanline VFX  digitally remove Klaue’s left arm, then add some cloth sim of that kind of shirt of a particular thick texture. Then to attach the false arm remnants. Originally, Klaue lost his arm in another of the Marvel franchise movies, Avengers: Age of Ultron. He had a false arm attached, a weaponised attachment, made from a fictional metal which features widely in Marvel comic stories, called vibranium.

Method Studio  worked on 407 shots including creation of 3,600 square km digital environment, along with suits and digital doubles for Black Panther and Killmonger, and the bulk of the film’s third act battle.

“Looking out from the top of Mount Bashenga, you can see the rich diversity of African landscapes – it looks lush and jungle-like in one direction, and more like the plains and savannah in the other, so we had multiple ecosystems to tackle, but it really drives home the vastness of these shots,” said Method VFX Supervisor Andy Brown. “The environments were extremely detailed and often required a high level of interactivity; for example, in fight scenes we would have CG grass and other elements interacting with both live action and digital double characters.”

Method was also tapped to bring Black Panther’s and Killmonger’s suits to life digitally. Using concepts from Marvel’s lookdev team as a jumping off point, Method’s suits needed to be photoreal and hold up to scrutiny in both action sequences and downtime in Shuri’s lab. In addition to the look of each suit, which incorporate Wakandan glyphs and other unique design elements, the suits have active properties that needed to feel believable.

Additionally, Method was responsible for the bulk of the film’s third act battle between multiple warring factions, ultimately leading to a one-on-one showdown between Black Panther and Killmonger. Method built the Talon Fighter and Dragonflyer aircrafts and created 40 digital doubles plus crowd simulations for the large fight. Given that each faction has unique fighting styles, Method directed motion capture sessions based on input from stunt coordinators to gather a foundation for each style.

Method also contributed design work and effects shots showing the inside of Wakanda’s vibranium mine, the look of Shuri’s lab as well as animating gadgets within, and created CG rhinos, vehicles, and weapons.

Luma Pictures worked on  232 shots  The casino fight, and car chase that follows, as well as the CIA blacksite. Kevin Souls VFX Supervisor at Luma Pictures lead their team for Epic VFX in the movie. Luma’s team was gathering insights into how the characters would fight, move, and jump. They did a series of motion capture sessions inhouse with the stunt performer doing parkour moves. In a chase sequence set in the Korean city of Busan, Black Panther does a reverse jump off a Four Runner van onto the Lexus car. That move was partially captured right there at Luma LA, then pushed into animation and modified to work in the scene.

Luma’s team worked on car chase sequence, The sequence features title character (played by Chadwick Boseman) trying out his new kinetic energy suit in the field, to destructive effect, much of it hanging onto the roof of a Lexus LC 500. Luma combined real photography with cg environments, extra destruction effects, and a cg Black Panther to complete the final shots, including one-take that required scores of versions for trailers and the finished film.

Mammal Studio worked on 578 shots including Compositing, simple blue screen, split comps, clean up, as well as all temp comps and color for the few non VFX shots.

Trixter worked on 205 shots. Trixter team worked the Nigeria Night Attack sequence at the beginning of the film, the scene in the Oakland apartment with Black Panther’s father T’Chakka, the end sequence on the Basketball field in Oakland and Trixter did the secret end tag with Bucky in Wakanda.

Perception have done conceptualizing technological paradigms, interface design, animation, vfx, and an elaborate title sequence. In June of 2016, the team at Perception consulted with Marvel Studios to explore the different ways technology could be envisioned and impact the mythological world of Wakanda.

Behind The Scenes “The Addams Family”